Ashnoor Kaur who is seen playing the sweet yet impactful character of Mini in Sony Entertainment Television's popular show; Patiala Babes recently went to a police station for few personal verifications but, much to her surprise she didn't need one. The police officer who was on duty recognized her and shared that he and his family watched the show daily and really like all the characters but love Ashnoor's character of Mini in the show. He was very thrilled and glad to meet a strong-headed girl who is always seen fighting against the wrongdoings of the society and is a forever supporter and cheerleader of her Babes, Babita(played by Paridhi Sharma).

The police officer appreciated her for her character and told her how she is being idolized by many people around him because of the strong no-nonsense girl she is playing in the show. He shared that the out of the box storyline is very fascinating and her relationship with her babes is delightful. This is not the only incident where Ashnoor was appreciated for her character. Another such incident that Ashnoor encountered was when a female police officer who was assigned in the area near the set of Patiala Babes, came on the sets looking for Mini with her two daughters to make them especially meet Ashnoor. Her daughters were very glad to meet Mini of Patiala Babes. They expressed Mini was an inspiration for them in many ways, they adored her character. The female officer also called Ashnoor her third daughter and told her to be the bold and strong personality she is and everyone is supporting her to the fullest.

When we reached out to Ashnoor to gather her experience of the two recent incidents, she shared, "I was extremely touched to see how much my character of Mini and our show is being loved. When I met the police officers of the city, it made me more than happy. They knew me and they appreciated my work. Inspector ma'am, who works with the crime branch got her two daughters along with her, one of which had recently got operated. She shared her love and admiration of the show and it made me happy. Another time when I had gone for personal work to a police station, the inspector immediately came to me to meet me as soon as he recognized me. He shared that his family watches the show religiously and loves Mini and her relationship with her Babes Babita. Such beautiful encounters are the reasons that add excitement and dedication in me towards my work and I am truly grateful to everyone who supports me and our show; Patiala Babes". 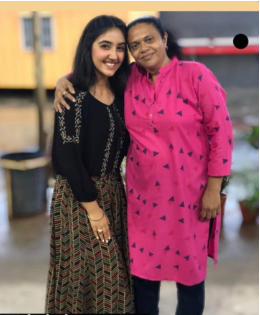